Per a newly-released television spot for “Doctor Strange & The Multiverse of Madness” it’s been revealed that two characters from the Disney+ Marvel TV series “Wandavision” will reprise their roles in the MCU!

These characters include Wanda’s sons, who were lost in “Wandavision.” In the spot we see both Doctor Strange and Wanda having recurring nightmares centering on the sons she lost when the reality she constructed for herself collapsed at the end of her spin-off series.

We imagine that this will be part of the narrative of the film, which ties Wanda Maximoff into the new movie. Of course, from this news we can also assume that this will tie back to the tease at the end of the “Wandavision” series when we see her in a remote cabin studying the dark hold in her astral form. For those who don’t remember, during this scene is when Wanda hears her twins crying out for help–signaling to the idea that her kids may still be alive somewhere in the multiverse.

However, unlike “Loki,” “Wandavision” was not renewed for a second series so it was unsure where this scene would pick up. Although, now we have a good idea following this new TV spot.

Tickets for “Doctor Strange & The Multiverse of Madness” went on pre-sale today for the release of the film on May 4. We recommend getting your tickets now if you haven’t already as the opening weekend for the film is more than likely to sell out in the coming days.

What are your thoughts on Wanda’s sons possibly still being alive in the multiverse? If they are alive, do you think Doctor Strange and Wanda will be able to find a way to save her sons and bring them back to their current universe in the new film? Let us know in the comments! 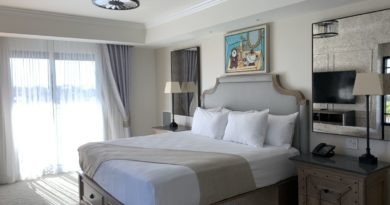 “Lightyear” Being Banned in Multiple Countries