I think we can all agree that The Mandalorian pretty much redeemed the Star Wars franchise after Disney’s sequel trilogy failed to click. And to Jon Favreau and Dave Filoni’s credit, the hit Disney+ series has consistently been giving fans some of the best Star Wars content we’ve had in years with its first two seasons. Now, with the confirmation that Season 3 has finally wrapped filming, excitement and anticipation are building within the MandoVerse fandom.

The question is, when are we going to get Season 3? Accoring to one of the show’s main stars, we won’t have to wait until the end of the year when Lucasfilm would normally drop the show. Appearing on The Rich Eisen Show, actor Giancarlo Esposito, who plays the villainous Moff Gideon revealed that with Season 3 finally wrapping its filming, fans can expect the beloved series to drop sooner than expected. How soon, you ask? Well, according to him, The Mandalorian‘s upcoming season is slated to release sometime this Summer.

Here’s what Giancarlo had to say: “You’ll get it soon. I got a few things in regard to that to do to put some finishing touches on what I do, but I believe it’ll be sometime this summer. No date set yet, but coming soon.”

Despite his involvement in the project, Giancarlo’s latest “revelation” doesn’t exactly carry that much weight. Typically, it takes months for a production company to complete a project’s post-production and the idea that we’re getting The Mandalorian this Summer seems a bit of a stretch and I would assume that it’s not going to be a walk in the park. But who knows?

All seasons of The Mandalorian are available for streaming on Disney+. 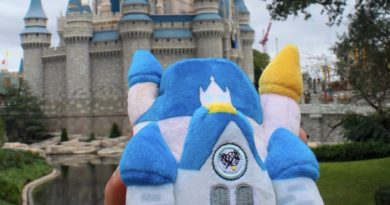