As all Marvel Studios fans know Marvel Studios is very secretive when it comes to fans knowing what characters will appear in their upcoming films. However, it seems there might have been a little bit of a leak thanks to a release of the movie’s action figures based on the characters to be featured in the anticipated blockbuster.

As shared by Comicbook, on Saturday an image of the film’s toys appeared on Twitter as they are already seeing a release and in the picture we’ve gotten a sneak peak at the film’s characters. Per an image shared by Twitter user @rsadness2, we see seven characters that will appear in the movie.

These characters include two versions of Thor–“Ravage Thor,” wearing his thunder strike-like suit, which was revealed in leaked set photos when the movie was in principal photography and another Thor in his all-new blue and gold suit. The image also shows Groot (appearing in his teenage form), Gorr who looks like a statute, showcased in a new look without his tendrils, King Valkyrie, Star-Lord–from “Guardians of the Galaxy,” and “Mighty Thor”–AKA Jane Foster who will be played by Natalie Portman.

At this time, we’re still awaiting more news about the film as it’s been a little bit since we’ve heard anything about it. Recent rumors online point to the film seeing a potential release of its first trailer dropping sometime soon. Although, Marvel Studios has yet to comment on this. Of course, this isn’t unusual as the company typically drops these trailers without warning.

For this reason we’re going to keep our eyes peeled over the next week until we hopefully see the first footage of the movie to be widely released.

What are your thoughts on this image showcasing these characters to be seen in the upcoming film? Let us know in the comments! 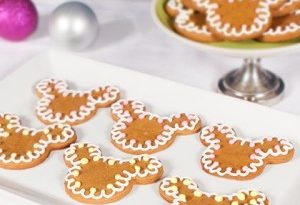 Run in Disney Style Wherever You Go With New runDisney Merchandise!