In an interview with ComicBook.com, the actor shared:

“Oh, I think so, yeah, yeah, yeah, I think so … if it was a film. Yeah, I’m a bit of a snob when it comes to TV, I must admit, I just like the big screen, you know? Qui-Gon, I can’t believe it’s 24 years since we made [Star Wars:] The Phantom Menace, I just cannot believe where the time has gone. It was a terrific experience, shooting that film in London.”

The first time we saw Neeson’s character in the Lucasfilm franchise was in “The Phantom Menace,” which is where we also saw the debut of Ewan McGregor’s Obi-Wan Kenobi–who is set to be making a return to the small screen in the Disney+ original series “Star Wars: Obi-Wan Kenobi” series.

There have been rumors that we might see Neeson return for the role of Qui-Gon Jinn in the series. However, it’s hard to say at this time.

Below is the official synopsis of the series, per IMDB:

The series is officially set to premiere on the magical streaming service beginning May 27, 2022 and is set to be a limited series of only six episodes.

What are your thoughts on the possibility of Liam Neeson returning for the role of Qui-Gon Jinn for a “Star Wars” film or even the new Obi-Wan Kenobi series on Disney+? Let us know in the comments! 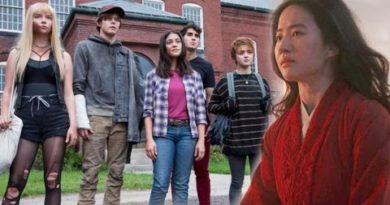 Answer Dok Ondar’s Call and Vote for the Next Legacy Lightsaber Hilt!