From the Disney Parks Blog and written by: Nathalie Franco

Calling all sorcerers and fanatics of the Mystic Arts, it’s officially May 6 which means “Doctor Strange in the Multiverse of Madness” is in theaters now! And I don’t know about you, but I’ve been counting down the moments until I would be reunited with Earth’s mightiest sorcerer, Stephen Strange (or should I say, Doctor Stephen Strange), on the big screen. Looking to celebrate the film’s release? Disney Parks is full of ways to jump into the multiverse. 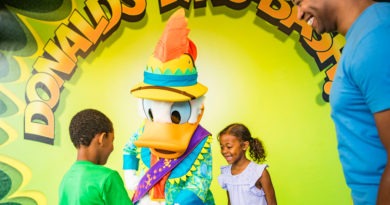