Disney released its quarter two earnings during a call with investors Wednesday afternoon.
While the company touted its gains to investors, it did not say anything about the dismantling of the special district that governs Walt Disney World.

Disney reported increased revenues during Q2 with Disney CEO Bob Chapek saying the performance of domestic parks has been “outstanding.”

Disney’s profits did miss Wall Street’s expectations, but only slightly. Analysts expected earnings of $1.19 per share. Disney earned $1.08 per share.
Disney also reported large growth with its streaming service, Disney+. During Q2, Disney said it added nearly 8 million subscribers, bringing the total to more than 137 million subscriptions, beating expectations.
“The growth of the platform since its launch reinforces its unique nature. Quite simply we believe Disney+ is one of a kind, a service based on exceptional branded content with wide appeal based on all four quadrants,” Chapek said.

Investors did not ask questions about the law dissolving the Reedy Creek Improvement District, which governs Walt Disney World. 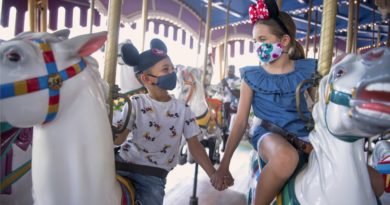 Experience Star Wars: Rise of the Resistance Like Never Before at Disney’s Hollywood Studios