As we all know there have been several “Star Wars” series released on Disney+ over the past year with even more to come in the future–including “The Acolyte,” which according to a new interview with Lucasfilm head Kathleen Kennedy appears to be moving away from the iconic Skywalker Saga.

Kennedy recently told Vanity Fair: “(The Acolyte) sits right on the edge of the High Republic Era. It’s a bit of an experiment for us because it isn’t building within the timeline and the era that Jon (Favreau) and Dave (Filoni) are. It isn’t necessarily going to be where features are. We are moving into a new era with what [showrunner] Leslye Headland is doing. There are certainly reflections of things that people are going to recognize, and it will have connectivity in Star Wars. But this will be a whole new [era] of storytelling if we determine-like we did with The Mandalorian-that it works and that there’s interest. I think there will be.”

She continued, adding: “Just staying within the construct of George’s storytelling, to keep chipping away at that, I think would be wrong. It’s our job to step away now, but still have a connection to the mythology that George created. That won’t stop. But we are moving on from the Skywalker saga. That’s what’s taking a lot of time, discussion, and thought right now.”

The last time we saw a Star Was film premiere in theaters was back in 2019 with “Star Wars: The Rise of Skywalker.” This film premiered to great reviews and return at the box-office. Although, this was also when Lucasfilm revealed they would be taking a break from creating “Star Wars” films to focus on TV shows for Disney+, which has left many questioning when we might get to see another “Star Wars” film in theaters.

In the same interview, Kennedy confirmed that the next “Star Wars” film project to make it to theaters will come from “Thor: Ragnarok” director Taika Waititi.

What are your thoughts on the “Star Wars” franchise moving away from the Skywalker Saga in future projects? Let us know in the comments! 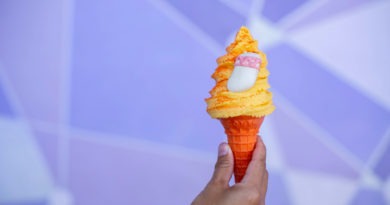