Unless you’ve been living under a rock, you’re probably aware Tim Allen’s new series “The Santa Clauses” will bring Allen back to the role of Santa alongside his wife Carol/Mrs. Claus (Elizabeth Mitchell), and the rest of the Calvin clan of Buddy (Austin Kane) and Sandra (Allen’s real-life daughter, Elizabeth Allen-Dick. Additionally, Eric Lloyd, who played Charlie in the original “Santa Clause” trilogy will also be reprising his role in the series.

“As I walked on set for the first time in the full regalia, everybody got very quiet, both adults and kids,” Allen told EW, which shared new images from The Santa Clauses. “When I show up dressed in the full suit and everything else, there’s big smiles on people’s faces. Little kids are quiet. I had totally forgotten that. It does feel like Santa’s in the room.”

In the series, Scott Calvin is on the brink of his 65th birthday and realizing that he can’t be Santa forever. He’s starting to lose a step in his Santa duties, and more importantly, he’s got a family who could benefit from a life in the normal world, especially his two kids who have grown up at the Pole. With a lot of elves, children, and family to please, Scott sets out to find a suitable replacement Santa while preparing his family for a new adventure in a life south of the North Pole.

“The Santa Clauses” is coming to Disney+ in a six-episode series streaming November 16 on Disney+.

What are your thoughts on Tim Allen’s Santa returning to this special new series “The Santa Clauses” on Disney+? Let us know in the comments! 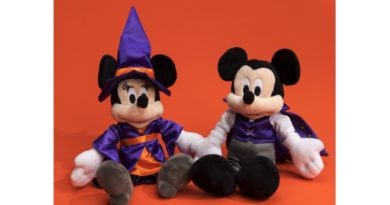 Learn and Play to Celebrate Earth Day in the My Disney Experience and Play Disney Parks Apps!