It’s a magical race weekend that has been 15 years in the making as the 2023 Disney Princess Half Marathon Weekend presented by CORKCICLE returns to Walt Disney World Resort February 23-26, 2023. For the anniversary weekend, we’re celebrating not only our favorite Disney Princesses, but the communities supporting them.

Get ready to trade your glass slippers for running shoes as we share with you a first look at the finisher medals for this year’s event:

It’s a whole new running world with Jasmine on a 3.1-mile course around Walt Disney World Resort during the Disney Princess 5K, perfect for the entire family to enjoy.

Be our guest and put your endurance to the test! Celebrate the Disney Princess Enchanted 10K with Belle on a magical 6.2-mile course.

Calling all voyagers! See just how far you can go during the 15th anniversary Disney Princess Half Marathon, celebrating Moana, by taking on 13.1 miles to earn this finishers medal.

Make it to the finish line before the clock strikes midnight to earn this finisher medal during the 10th anniversary Disney Fairy Tale Challenge, celebrating Cinderella!

The Disney Princess Half Marathon Weekend bling doesn’t stop there! Commemorate your accomplishments in the most charming way with all-new race weekend Pandora Jewelry charms. Registered participants can save time at the runDisney Health & Fitness Expo by ordering your charms along with a selection of other event weekend merchandise in advance via your runDisney account.

From the families we’re born into to the families we choose, and everything in between, this race weekend leads by example as we celebrate both our athletes and the people who lift them up! Interested in joining in the race weekend anniversary fun? Spaces remain for you to bring the magic home and run on a course of your choosing during the Virtual 2023 Disney Princess Half Marathon Weekend presented by CORKCICLE. From 3.1 to 19.3 miles, explore one-of-a-kind race options for an enchanting at-home runDisney adventure! 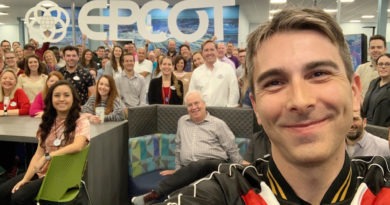