We have some extremely sad news to report. Beloved actor Robbie Coltrane has passed away at 72.

Coltrane gained world-renowned fame as Rubeus Hagrid in the ‘Harry Potter’ film franchise. He was also Lord Dingwall in the Disney film “Brave.”

Coltrane was sick for years, and passed away in a hospital near his home in Larbert, Scotland. It’s unclear what he was battling.

Not only did Coltrane appear in each ‘Harry Potter’ film, his acting career started back in the ’70s … and included roles like Dr. Edward ‘Fitz’ Fitzgerald on the show “Cracker” from 1993-2006 as well as Valentin Zukovsky in “Goldeneye.”

Robbie Coltrane struggled with osteoarthritis, a disease that destroys your joints, saying in an interview back in 2020 at his worst moments, he was in “constant pain.” He also underwent a knee replacement.

Coltrane stood at 6’1″, but his Hagrid character was portrayed to be 8’6″. Robbie was married to Rhona Gemmell from 1999-2003, and they had two children together.

I know fans from around the world are definitely going to miss Robbie Coltrane. This one hurts. Our hearts and prayers go out to his family and loved ones. 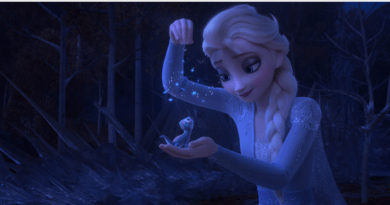 Check Out the NEW Trailer for Frozen 2 Here!

A Royal Invitation to Arendelle: A Frozen Dining Adventure