The new Frozen features will be part of the kid-sized thrills of Tike’s Peak that’s popular among young guests who will delight in the statuettes of Olaf and his Snowgie pals in the warm wading pool, as well as Anna and Elsa’s igloo castle.

The water park, which features heated water throughout the park, will also have an enhanced holiday atmosphere. This year there will be limited-time holiday offerings through Dec. 31 that include holiday-themed treats, snowfall and festive inner tubes. Guests can even meet a tropical-dressed Santa for the ultimate Florida holiday experience.

Popular attractions and features once again await guests, everything from slushy and slippery ski jumps to bobsled and toboggan runs to polar play spaces for every member of the family. Among the favorites are:

The food and beverage options will also be a huge draw for guests again. The water park offers several spots where guests can chill out and try mouth-watering culinary creations, such as new Frozen-themed menu items. Returning popular sweet and savory snacks like the Earidescent Ice Dream Cone, 50th Ice Dream Sand Pail Sundae and Walt’s Chili Nachos can also be found at various dining locations throughout the water park.

As the legend goes, Disney’s Blizzard Beach was once Florida’s first ski-resort after a blizzarding winter storm hit Walt Disney World Resort. Yet, before the skiers could strap on their boots, sunny Florida weather returned and powdery snow quickly turned to slippery slush. Bobsled and toboggan runs became downhill waterslides; a creek of melted mountain snow became a relaxing tube ride; and the chairlift now carries swimmers instead of skiers. Full of plenty of icy architecture and water-ful attractions, the water park’s snowy atmosphere amid the warm temperatures of Florida continues to bring guests back to the winter wonderland year after year.

Our water parks have something that makes them unlike anything else on earth: they’re drenched in Disney magic. You’re immersed in fantastic stories that transform you from a brave thrill seeker to a relaxed chill seeker. Here at Disney water parks, there’s magic in every drop. It’s some of that magic that turned a once-time ski resort into Disney’s Blizzard Beach Water Park. From bunny slopes to black diamonds, come plunge into downhill thrills and plenty of ways to chill.  Zip down the 120-foot-tall Summit Plummet waterslide, tackle a fast-paced tube run and a family raft ride or enjoy a leisurely float along a meandering creek.  And little ones can have big fun at Tike’s Peak. It’s all here at the polar opposite of other water parks! 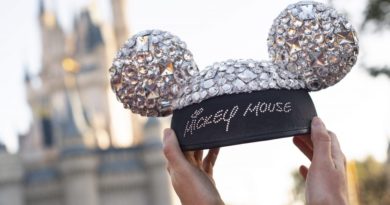