CELEBRATION, Fla. (Nov. 3, 2022) – Disney Cruise Line guests will be transported to a new realm of possibilities when the Marvel Universe assembles in all-new ways aboard Marvel Day at Sea sailings in 2023. Setting sail January through March from Miami, these epic vacations will debut new characters and shows that unlock the inner Super Heroes in lifelong Marvel fans and newcomers alike.

Marvel Day at Sea combines the thrills of renowned Marvel comics, films and animated series, with the excitement of a Disney cruise. During one action-packed day aboard the Disney Dream, the event features all-day entertainment including meet-and-greets, stage shows, film and TV screenings, special merchandise, themed food and beverage offerings, and activities for families, kids and adults.

As the Marvel Cinematic Universe has expanded, so has the roster of fan-favorite characters and stories that will embark aboard Marvel Day at Sea cruises in 2023. For the first time ever, more than 30 Marvel Super Heroes and Villains will be featured in new heroic encounters and live entertainment throughout the event:

Returning to Marvel Day at Sea, guests are invited to suit up as their favorite Marvel Super Hero or Villain for an exciting costume bash; join favorite Disney friends for a high-energy party on the upper decks during Mickey and Minnie’s Super Hero Celebration; dance the night away with Star-Lord and Gamora at the adult-exclusive Ravagers Dance Party; and more.

In addition to this action-packed day at sea, guests aboard these special sailings will enjoy all the fun and relaxation of a tropical Disney cruise vacation – from world-class entertainment and themed dining for families to dedicated spaces for guests of all ages. 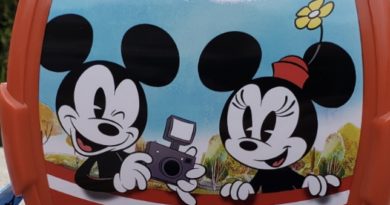