ABC has canceled the Backstreet Boys Christmas special in the wake of a sexual assault lawsuit against Nick Carter, Variety reported.

A Very Backstreet Holiday, which was scheduled to air Dec. 14, was set to feature Carter and bandmates Kevin Richardson, AJ McLean, Brian Littrell and Howie Dorough, as well as Seth Rogen, Meghan Trainor, Rob Riggle and Nikki Glaser, among others.

On Thursday, Carter, 42, was sued by a woman named Shannon Ruth, who alleged that she was 17 years old when Carter, then 21, sexually assaulted her on his tour bus after a concert in 2001, according to documents obtained by PEOPLE.

A source close to the singer has denied the allegations.

Michael Holtz, an attorney for Carter, later added in a statement sent to PEOPLE, “This claim about an incident that supposedly took place more than 20 years ago is not only legally meritless but also entirely untrue.”

Holtz said, “Unfortunately, for several years now, Ms. Ruth has been manipulated into making false allegations about Nick — and those allegations have changed repeatedly and materially over time. No one should be fooled by a press stunt orchestrated by an opportunistic lawyer — there is nothing to this claim whatsoever, which we have no doubt the courts will quickly realize.”

Ruth, who is autistic and has cerebral palsy, claims in her lawsuit that she was waiting in an autograph line after a Backstreet Boys show in Tacoma, Washington when Carter invited her to his bus.

The singer asked Ruth if she wanted a drink, and when she requested apple juice, he gave her a red-colored drink he called “VIP juice,” the complaint claims. Though Carter allegedly said the beverage was cranberry juice, Ruth believes it also contained alcohol.

Ruth claims that Carter brought her to the bathroom, and that’s where the assault allegedly started.

In 2017, Carter was accused of assault by former teen pop singer Melissa Schuman, who was 18 at the time.

The singer denied Schuman’s claims, saying that anything that happened between them was “consensual,” and he was never charged with a crime. The Los Angeles District Attorney’s office declined the case in 2018, citing an expired statute of limitations.

On the ABC special, the band was set to perform songs from its recently released 10th album, A Very Backstreet Christmas. 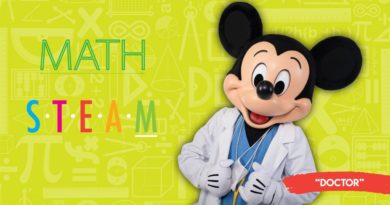