“Avatar 4,” the fourth film in the 20th Century Film Franchise by James Cameron, is so insane that after a studio executive read the script they gave James Cameron a note which read, “Holy ****!” That’s it! Which was meant in a good way of course.

As we all know, when “Avatar” first premiered in theaters the film was met with very high acclaim. In fact, to date, the movie is still considered to be one of the highest grossing films of all time–so naturally, filmmaker James Cameron has to bring his A-game when penning the rest of the scripts in the series.

The next film to be released in the film series is “Avatar: The Way of Water,” which lands in theaters on December 16th.

Here is the official synopsis for the movie:

Set more than a decade after the events of the first film, Avatar: The Way of Water tells the story of the Sully family, the trouble that follows them, the lengths they go to keep each other safe, the battles they fight to stay alive, and the tragedies they endure.

What are your thoughts on this epic note the 20th Century Fox Studios executive gave to James Cameron regarding his fourth film in the “Avatar” franchise? Let us know in the comments! 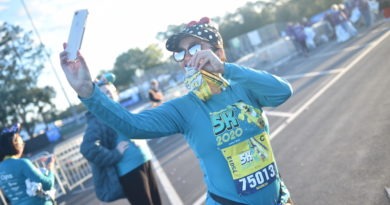