This article was interesting, to say the least! Take a look and see what you think!

Written by Cassie Morris and posted on Yahoo.com

A woman dining at Morimoto Asia in Disney Springs was brought to tears by what comes with every order of wagyu beef.

TikToker @adderallthrawn gained over 1.3 million views, 258,000 likes and 2,800 comments after she uploaded the emotional Disney footage to her account.

Now, much like the family who captured Minnie Mouse’s alleged “rude” behavior toward their toddler, @adderallthrawn‘s video is sending shock waves across TikTok.

And while we’ve seen Disney TikToks go viral in the past — as with the family caught using a stroller to sneak their child in through the front gates — this video is reportedly causing some people to rethink their dining choices on their next Disney visit.

In the video, @adderallthrawn explains that, while at a birthday dinner, one of her friends ordered the wagyu beef — which, according to the restaurant’s online menu, costs $32 per ounce, with a 3-ounce minimum.

However, no one at the table was prepared when, along with the beef platter, the waiter brought over a certificate listing, in detail, information about the cow they were about to consume.

“It comes with the cow’s birthday,” the TikToker cries between laughter. “He was born in May. His name was Shino.” The camera then pans to reveal a small black rectangle on the certificate. “That’s his little nose print!” she weeps.

According to CrowdCow.com, Japanese A5 wagyu beef is typically served with a certificate of authenticity, detailing each cow’s unique lineage, place of birth and other details. Each cow has a unique identification number, which can be looked up on a Japanese government website.

And while Japanese consumers might be accustomed to such traceability with their meat, @adderallthrawn and other TikTokers were shocked by the information.

“Do the waiters know how many people they’ve irreversibly damaged…?”

Thousands of TikTokers shared their reactions to the certificate in the comments.

“Disney serving a little trauma with every dish😂,” one user commented.

“Oh god I thought it was bad when you said they listed their birthday. The nose print would have ended me 😂,” commented one user.

“Do the waiters know how many people they’ve irreversibly damaged doing this? LMAOOO,” wrote one user.

However, others appreciated the transparency.

“I really like this. it shows that the cow was loved and cared for. not just birthed and added to a sheet of numbers,” one user wrote.

As for @adderallthrawn, she later followed up to the viral post to share, “I laughed, I cried, I made jokes about how much Shino would have loved the sorbet we had later … it’s all good folks🤙🤙🤙.” 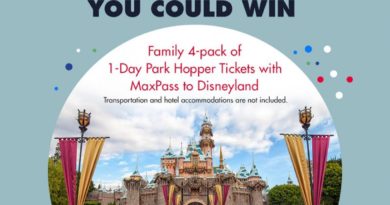 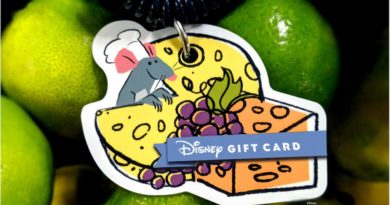 Jungle Cruise First Reviews, Call It the Best Film of the Summer