For years now, it’s been known that Johnny Depp has dressed as his beloved character, Captain Jack Sparrow, for children’s charities. He’s visited children’s hospitals, schools, etc and his fans love him for that. Well, Johnny made headlines again for making a Captain Jack video for a sweet Make-A-Wish child named Kori. Here’s the full scoop from comicbook.com!

Johnny Depp has made a return as Captain Jack Sparrow – and for the best of reasons. No, Depp isn’t doing his first screen tests for Disney’s Pirates of the Caribbean 6 (at least not yet); instead, the actor suited up as Jack Sparrow to film a video message to a young fan, as part of the Make-A-Wish Foundation, program. Depp filmed the video for an 11-year-old fan named Kori, who runs the YouTube channel “Kraken The Box.” Kori has been in palliative care after undergoing multiple heart transplant surgeries and watched the Pirates of the Caribbean movies as a source of comfort during long periods of recovery.

In his video message to Kori, Johnny Depp (or “Captain Jack”) played up the anachronistic nature of his pirate character trying to use modern technology for messaging:

“So, Capt. Kori, terribly sorry I missed out on this. Meant to say it, forgot to say it, didn’t say it, gonna say it now. Saying it, I’ll say it,” Depp’s Sparrow says. “I hear tell of something they speak about in the ages of now called the YouTube channel, which I don’t understand, but why not?… I think it will make for a wonderful entertainment expertise momentary lapse of togetherness altogether in one space, but far apart, but then, at the same time, very close. Curious, enduring and strange.”

Depp also told the boy “I wish you the best of luck. I am your No. 1 fan, Capt. Kori,” and also promised that he “shall be glad to follow your YouTube channel and I shall tell all my friends to follow your Youtube channel.” “Kraken The Box” currently has approximately 176,000 followers since going up on YouTube at the end of November.

Kori also shared a clip from a video call he had with Depp as Jack Sparrow, in which the actor jokes with him about the supposed greeting custom of people rubbing noses together. All in all, it was a charitable gesture to a young man who sorely needs and deserves it. Kori’s mother confirmed that the young boy’s life is in a somewhat somber place:

“…we are making the most of whatever time we have left by not going to school — bonus — not really doing any housework, living in our pajamas and just slumming it really,” Kori’s mom revealed. “We’re just kind of focusing on making life as good as we possibly can and having as much fun as we can when we can. 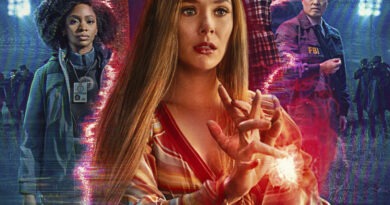 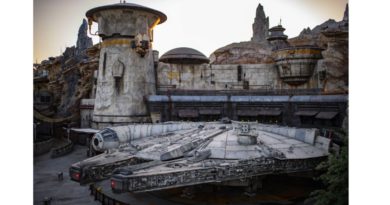