The end of the holiday season is coming to Walt Disney World and with it comes the reduction of the price of Disney Genie+, the line shortening service available to guests of the resort theme parks for a premium price.

Currently, Disney Genie+ is now available for purchase for $20 per guest, per day. This price is at the lower end of the pricing spectrum for this premium service. During the holiday season, Genie+ peaked at $29 per person, per day–the highest price we’ve ever seen the service since its premiere at the Walt Disney World parks in late 2021.

It goes without saying that the Disney Parks see their highest numbers of foot traffic during the holiday season, which is part of the reason why daily ticket admissions are also at their peak prices during this time.

Naturally, it’s obvious why the theme park resort would have to increase the cost of this premium service during this time due to the higher numbers of guests in the parks trying to utilize the service. However, it also can be said that this system, which was designed to “pace your day with experiences you’ll enjoy,” only further plays into the concerns many fans have had regarding the idea that Disney is pricing out the average family.

When Disney Genie+ first premiered at the end of October of 2021 the service was available for $15 per person, per day.

For those not familiar with this service, Disney toots the following benefits for its users:

With the premiere of the service came the Lightning Lane entrance, available at more than 40 attractions. The Lightning Lane line is billed similar to the late Fastpass system, which save guests time by giving them the ability of waiting in a smaller line than the regular queue.

What are your thoughts on Walt Disney World lowering the cost of Disney Genie+ following the end of the holiday season at the parks? Let us know in the comments! 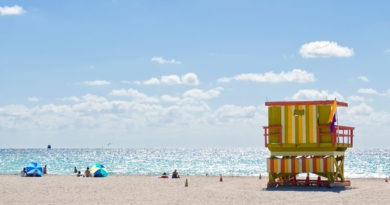 Top Five Reasons Your Family Should Sail from Miami