Plus, New Details Revealed about the Festivities Guests can Enjoy, Including Savory Cuisine Inspired by Carnaval Celebrations across the Globe, a Dazzling Parade and More

Here is an overview of what’s in store at this year’s celebration:

NEW “MYTHICAL REALMS OF MARDI GRAS” PARADE THEME
Guests of all ages can dance along with high-energy performers and catch beads by the handful during this year’s spectacular parade, which will showcase a new “Mythical Realms of Mardi Gras” theme inspired by fantastical creatures like dragons, phoenixes, unicorns and more – with a Mardi Gras twist. This year’s imaginative theme will be brought to life within six incredibly detailed and festive parade floats that will join Universal’s traditional lineup of New Orleans-inspired floats – such as the iconic, two-story Riverboat and nearly 50-foot-long King Gator.

TASTE THE INTERNATIONAL FLAVORS OF CARNAVAL
The mouthwatering flavors of global Carnaval celebrations from New Orleans to Brazil to Belgium and beyond will come to life as part of an expansive menu featuring more than 50 tasting-sized items for guests to enjoy at this year’s event. While venturing throughout the parkwide celebration, guests will find kiosks featuring delectable food and beverage inspired by iconic fare from around the world – including the classic Crawfish Boil and deliciously fluffy Beignets from New Orleans, Shrimp Ceviche Tostada from Mexico, a Mofongo Flight inspired by the Carnaval Ponceño in Puerto Rico, Indonesian Black Coconut Rice Pudding with Mango and so much more.

Plus, for the first time ever, Universal Orlando’s other theme parks are joining the fun by featuring a limited selection of Mardi Gras items, including Gumbo, Jambalaya, King Cake and more at Universal’s Islands of Adventure, and the Muffuletta Long Board Pizza at Universal’s Volcano Bay.

For a limited time, guests can save $10 on the purchase of a Universal Orlando Resort Food and Beverage Card to experience the savory flavors of Mardi Gras, which allows them to enjoy more for less by paying $65 for a $75 card. Annual and Seasonal Passholders also receive special savings with the purchase of an exclusive $150 card for only $120. The Universal Orlando Resort Food and Beverage Card is available for purchase at Mardi Gras food & beverage locations throughout Universal Studios Florida.

ALL-NEW MARDI GRAS TRIBUTE STORE AND MERCHANDISE
Located within an all-new space in the Hollywood area of Universal Studios Florida, this year’s Mardi Gras Tribute Store invites guests to an international jazz celebration that leads to the traditional alleyways of New Orleans and ultimately into a speakeasy where the Mardi Gras celebration continues. Within the new store, guests can shop a new selection of Mardi Gras merchandise that ranges from apparel to accessories and collectibles such as keychains, pins, themed glasses and even some personalized options – allowing them to take a piece of Florida’s Biggest Party home with them. Guests can also devour tasty treats inspired by this year’s celebration within the new retail location.

THE PARTY CONTINUES AT UNIVERSAL CITYWALK AND UNIVERSAL ORLANDO’S HOTELS
Guests can keep the party going at Universal CityWalk with special Mardi Gras festivities at select venues along with food kiosks featuring delicious menu items that offer a taste of the Mediterranean, the Islands and popular Mardi Gras fare. Pat O’Brien’s will host a Mardi Gras After Party on select nights from 4 p.m. to 1 a.m. that includes live entertainment and exclusive food and drink offerings; as well as a special Fat Tuesday celebration on February 21 from 4 p.m. to 12 a.m. featuring a dueling piano and more. Reservations for the festivities at Pat O’Brien’s can be made by calling 407-224-3663. Plus, the Red Coconut Club will transform for the Mardi Gras season into the Cursed Coconut Club – more details and dates of operation will be shared soon.

The best way to experience Universal’s Mardi Gras is with a stay at one of Universal’s eight incredible hotels. Each hotel will have exclusive Mardi Gras offerings such as Cajun Jambalaya Pasta at Trattoria del Porto at Loews Portofino Bay Hotel, N’awlins Po’ Boy Sliders at Velvet Bar at Hard Rock Hotel, Crawfish Etouffee at Bar 17 Bistro at Universal’s Aventura Hotel and more. Universal Orlando hotel guests can also enjoy exclusive benefits including Early Park Admission and complimentary transportation to the theme parks.

INCREDIBLE OFFERS TO GET THE CELEBRATION STARTED
Access to Universal’s Mardi Gras is included with theme park admission. Starting today, Florida Residents can take advantage of a new offer to partake in the festivities that gives them two days of free admission to Universal Studios Florida and Universal’s Islands of Adventure with the purchase of a 2-Park, 2-Day ticket (valid for use through June 29, 2023; blockout dates apply) – and for just $25 more they can add one day of admission to Universal’s Volcano Bay. Plus, Florida residents and Universal Orlando Passholders looking to stay close to the celebration can save 35% on select rooms at all Universal Orlando hotels during select dates this Mardi Gras season.

U.S. and Canada residents wanting to join the festivities can still save 25% on a 5-Day/5-Night Vacation Package to visit Universal Orlando this spring and experience Mardi Gras (blockout dates apply).

EXCLUSIVE PERKS FOR UNIVERSAL ORLANDO PASSHOLDERS
Universal Orlando Passholders also get access to Universal’s Mardi Gras (blockout dates apply) and receive exclusive perks, including a Mardi Gras themed magnet, the opportunity to reserve a spot to a ride a float, access to a special viewing area to enjoy the Mardi Gras parade and more. Additional details about passholder benefits for this year’s celebration will be shared soon. 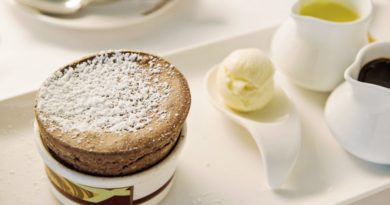 If You Haven’t Tried This Chocolate Soufflé, You’re Missing Out! 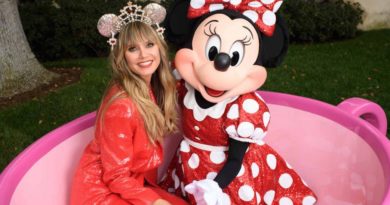